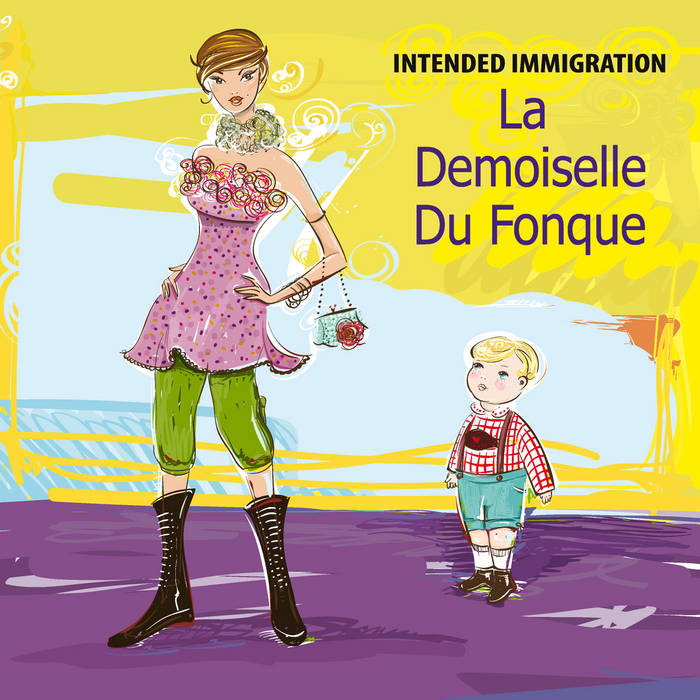 “… one of the most entertaining of these retro electro Euro-pop swinging bachelor pad conglomerations”. George Graham, WVIA FM

Intended Immigration crosses borders, decades and genres with a wink and a smile, blending modern electronica with swinging influences from across the world. On its newest release from Wooden Hat Records, ‘La Demoiselle Du Fonque,’ Intended Immigration is in a charmingly cheeky groove that puts a smile on the face and a spring in the step.

The album’s first single, the Django-esque “Tout Tourne,” features the dizzying vocals of Fatiha, as does the quirkily flirty “Mon Gateau,” while the funky, “trop sexy” title track and “St. Tropez” cross decades to bring the listener into a jazzy 1960s European lounge. Other standout tracks on ‘Demoiselle’ include “Chair in the Air,” a klezmer-infused multicultural wedding extravaganza, and the 1940s swing of “We’ve Got What You Want.”